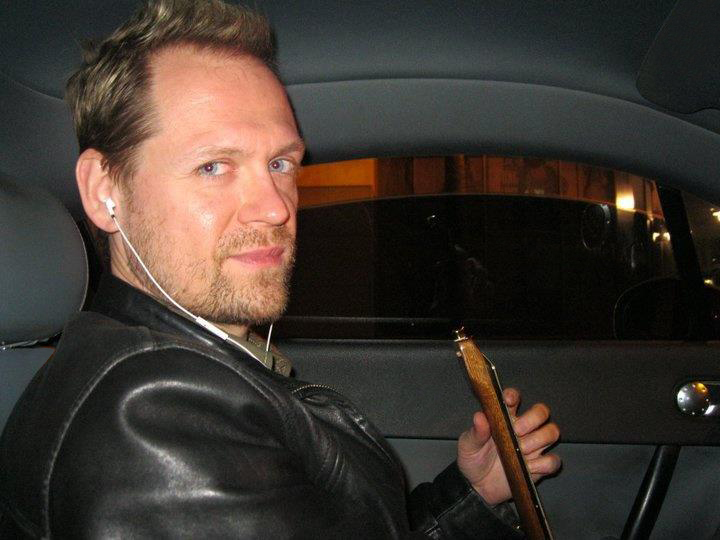 Self-reliant and possessed of a restless imagination, Andrew von Gregor is a fiercely-private being of invisible light (living in a human form that’s truly visible only late, late at night).

Into his 7th soul now, Andrew is 360-terrestrial-years-old [otherwise, how on earth would he have time enough to do everything that he does here in this compendium of energy, matter, time and space?].

Andrew’s unique sleep regimen consists of six 15-minute ‘deep naps,’ evenly distributed, throughout his 24-hour day/night cycle; i.e., he sleeps 15 minutes out of every four hours, for a daily total of just 1.5 hours of noncontiguous snooze-time. Therefore, he is able to gain an additional six productive hours per day above and beyond the common human standard. And while he is primarily nocturnal, Andrew lives where the sun shines brightly year-round, and the girls all get so tan—Los Angeles, California.

Andrew is an autodidactic sapiosexual polymath who owns an unquiet mind, has a robot companion he created named Aviva, a gravity-defying silver spaceship (disguised as an Audi TT) that he calls Gort, and a secret Hollywood Hills-adjacent lair that serves as his fortress of solitude, state-of-the-art recording studio, scientific workshop, and laboratory of perpetual creativity.

When not recording and performing with other music artists, or composing and producing music on behalf of various entertainment industry projects, film scores, dance choreography commissions, etc., Andrew is a reclusive singer-songwriter and multi-instrumentalist who writes, records and produces his own music. He has written several hundred unreleased full-length albums worth of his original music, with more material being written and recorded every day. Occasionally Andrew performs his music live (under one of his many aliases) in the venues of L.A. and elsewhere around the planet earth.

Andrew enjoys complete solidarity with his music; he feels no pressure to succeed in the music industry.

Let the future tell the truth, and evaluate each one according to his work and accomplishments. The present is theirs; the future, for which I have really worked, is mine.